Pinkbike is racing! We’ve been dreaming of this day for a long time and can officially share some details about our plans for the 2022 UCI World Cup downhill season.

With Ben Cathro at the helm, we hope to do things a little differently with our team. After our State of Sport Survey last year we were shocked at how little support many junior and lower ranked riders are getting today. The financial commitments required for many young racers to race a full season are so high that it usually requires huge sacrifices from their families or they simply have to watch their racing dreams evaporate. We don’t want World Cup racing to be just for the wealthy, so we’re working to help juniors and bubble racers who need support to break through and lay the foundations for careers of sustainable race.

We provide the team with a salary, full race support, top quality race bikes and we will cover all of their World Cup race expenses. so the only things they need to worry about happen between the tape. We’ll also be documenting the entire season so you can see the struggles and successes as they race at the top level of the sport. So, without further ado, let’s meet the team.

Jackson Connelly was winning everything there was to win in Australia (including four National Championships and 2 Oceanian Championships) up to this year. Unfortunately, when he became a first-year junior, Australia did not grant him a permit to leave the country as he was not part of a UCI team, so he was forced not to participate in the series and watch her at home on Red Bull like the rest of us.

Now part of Pinkbike Racing, Jackson will compete as a second-year junior and find his feet on the European racing scene for the first time. As if that weren’t enough, Jackson is also recovering from off-season surgery and battling to be fit in time for the season. 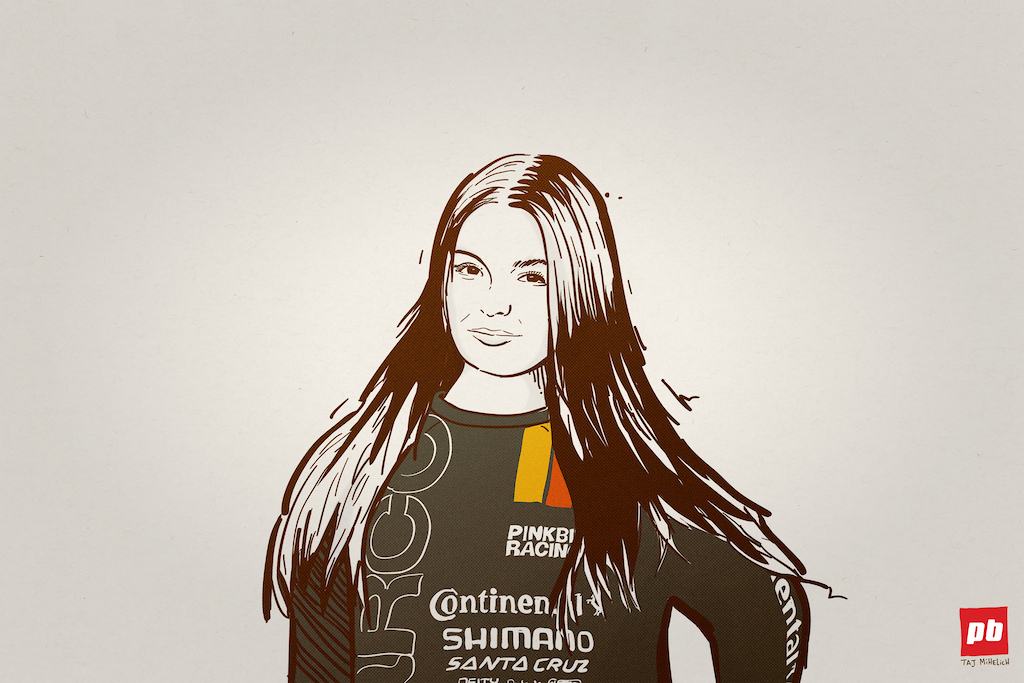 Category: Junior Women
Age: 16
Hometown: Inverness, Scotland
Instagram: @aimi_kenyon
Aimi is the youngest member of the Pinkbike racing team but has shown incredible potential in her short racing career so far. In 2021 she finished a perfect season with 4 UK National wins and the National Championship under her belt, what is more impressive is that she won with times that also rivaled those of the elite women.

Getting to World Cup level will be a challenge with tougher competition, tougher tracks and increased pressure, but Aimi has a lot of potential and the drive to succeed at the highest level.

Well, we had to have a Frenchie, right? At 24, Thibault Laly arrives at Pinkbike Racing at a turning point in his career. He’s been racing since he was a teenager, has won Junior World Cup podiums and been invited to Hardline in the past. But he has yet to break into the legendary Elite top 20.

Those of you who follow the race closely will know that Thibault joins us from a factory team, but he hasn’t always had the support you might think it might bring. Pinkbike Racing will allow him to focus more on racing and we can’t wait to see how this step will boost his career. We hope he will be able to find the missing ingredient that makes him a regular top-20 driver with the team. 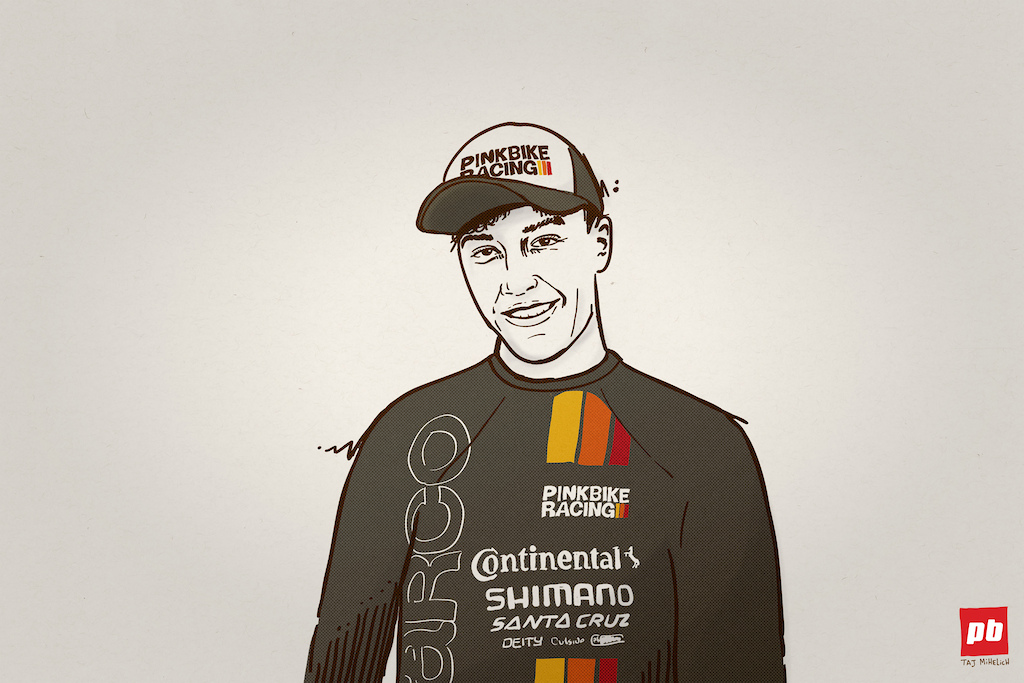 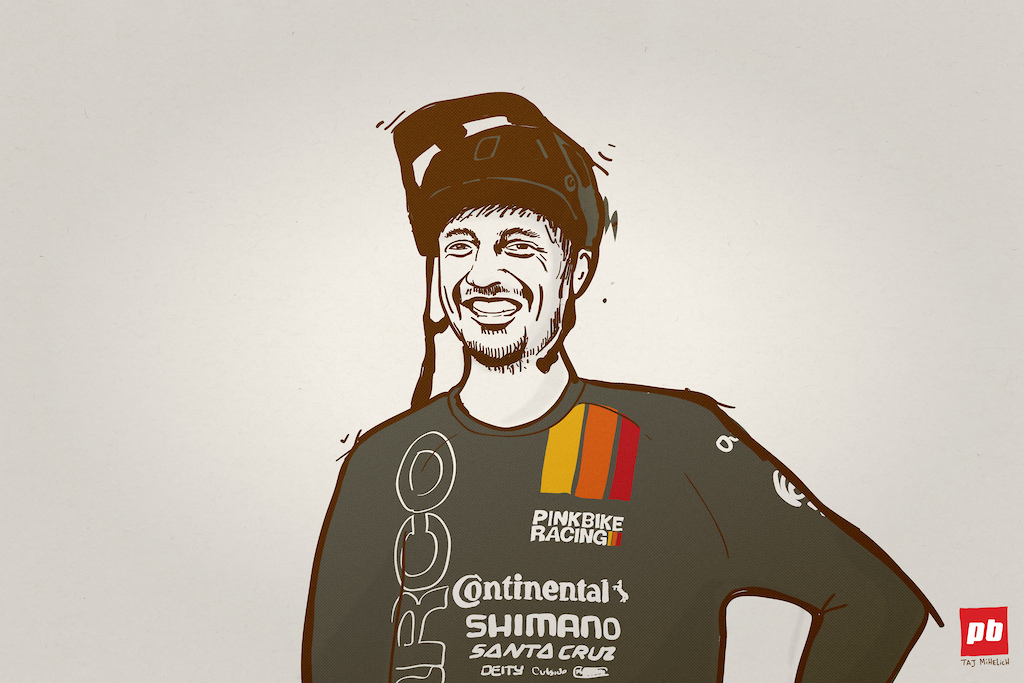 Category: Elite Men
Age: 34
Hometown: Pitlochry, Scotland
Instagram: @ben_cathro
Anchoring the entire project, Ben ‘Line Guy’ Cathro should need no introduction. Pinkbike Racing was born out of Ben’s days as The Privateer, when he helped Jamie Edmondson and Mikayla Parton kick off their careers at Lourdes 2020.

Ben will be the team coach and will use his technical knowledge and World Cup experience to help the rest of the team find the missing ingredient to help them achieve their goals. Along with that, he’ll be producing his usual mix of content for Pinkbike and hopes to compete in a few World Cups himself to improve on his stellar form from last year.

No, the team won’t be racing on the Grim Donut this year (Donut superiority would be unfair to all other teams, obviously) but we have a lot of support. A team that doesn’t just focus on getting the most results for the least money is a rare thing in the sport, and we couldn’t have made this project work without partners who get it. We are extremely grateful to these sponsors who embraced this project and the team’s goal.
We also want to give special thanks to Mondraker and the MS Mondraker team for helping us out of a hole in the 11th hour. Everything will be explained at the start of the series in the spring.

PS. The series will be publicly available on Pinkbike.

Podcast: Ben Cathro and Aimi Kenyon on the unexpected challenges of the 2022 World Cup season