An electric bike to talk to, a hydrogen-powered one and a cycling airbag? We’re bringing together some of the coolest, weirdest, and wackiest bike-related things shown at CES 2019 …

Every year, thousands of people come to the Consumer Electronics Show in Las Vegas to see what’s new and what’s shaping up for the future in the rapidly changing world of technology – and that includes e-bikes! Here are some cool things that were on display at the show …


Longing for yesteryear with a touch of modernity? Look no further than the JackRabbit, an electric bike that looks like a Penny Farthing then shrunk a bit! Described as “a compact, lightweight and agile electric vehicle for campus and urban mobility”, the JackRabbit started on Kickstarter which was successful before being presented at CES. It weighs less than 9kg, is foldable and can tackle any terrain with its big tires and 36-volt Brushless DC hub motor.

Panasonic is now working with Kent International to launch three models of electric bikes. They will all use Panasonic batteries and motors and all models are designed and assembled in the USA. The above bike is the Univega USA Touring Electric Bike. named UVG-1, and will feature Panasonic’s X0 motor system. The other two bikes are the Van Dessel e-MTB and the Van Dessel gravel bike, named Passepartout. Both are base designs based on the Panasonic GX0 motor, and the e-MTB will be raced in the 2019 UCI-sanctioned eMountain bike world championship series. 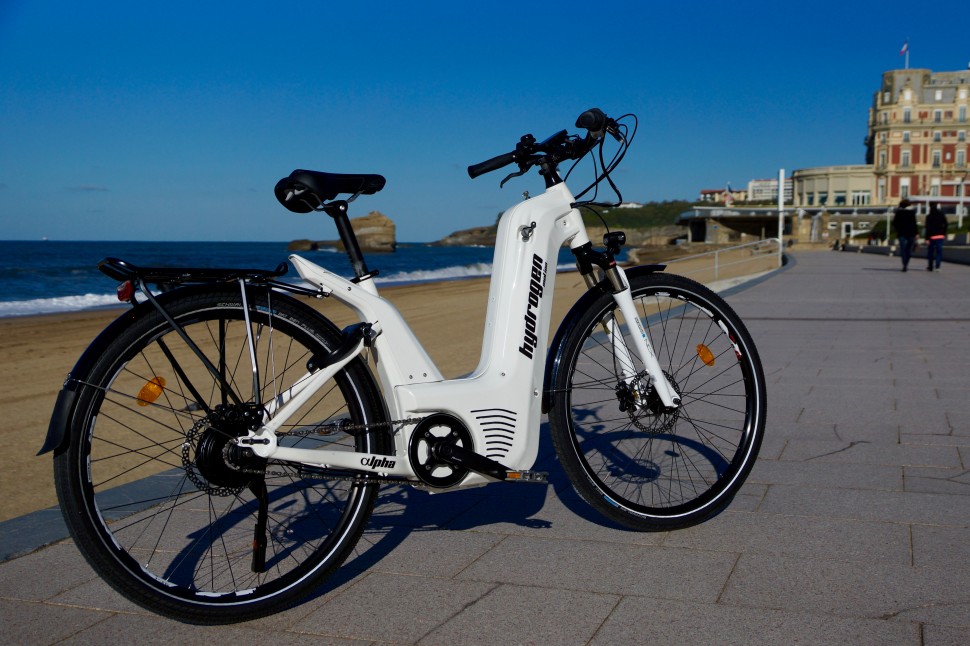 Pragma has been developing and producing hydrogen fuel cell modules for over 10 years as an alternative to conventional battery-powered systems, and has been designing consumer products with their integrated innovations for five years – and now their hydrogen bike has landed Pragma with a CES Award nomination in the Smart Cities category. It is the first commercially available electrically assisted bicycle with a hydrogen fuel cell, and charges in just two minutes. The flagship Alpha2.0 features a Brose 36V electric motor and lasts up to 100km on a single charge. 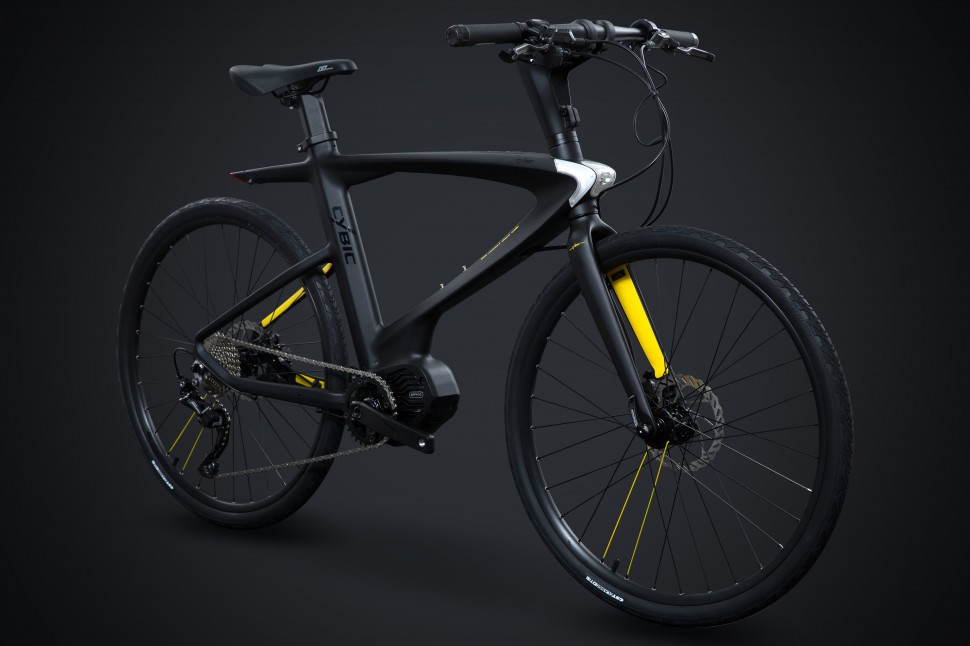 Arguably the most talked about cycling product at this year’s CES, it’s the first bike that will have Amazon Alexa integrated. Asking for directions, turning on the lights, choosing music … all of these things will be possible via voice commands on the Cybic E-Legend, available at Halfords this summer. Check out our full article here.

B’Safe: The smart airbag for cyclists by Helite, by Jack Sexty

The hi-vis vest doubles as an airbag to help protect cyclists in a road collision. It’s made by Helite, a company based in Fontaine-lÃ¨s-Dijon in eastern France, and the prototype won an innovation award in the wearable technology category at CES this week. Designed to protect the chest, neck and back in the event of a crash, the airbag is deployed using two Collision Detection Unit (CDU) sensors triggering a CO2 canister to inflate it. One sensor, in the garment itself, analyzes the rider’s movement and detects when he falls, while the other, placed under the saddle, detects shocks. A Kickstarter campaign for the product will follow in April, with the B’Safe shipping to consumers from Spring / Summer 2019.

Could you imagine yourself cruising on a JackRabbit or recharging your hydrogen fuel cell before heading out for a ride in the future? Let us know what your favorite CES innovations are in the comments.

The Gear Up Get Out sale is here