During a media meet and greet lunch, Aveta Malaysia revealed that a new 250cc sports bike – based on the Taro GP250R – will soon hit the local market. Details were kept to a minimum, but the assembled media were told that it would be made in China for the local market and priced below RM20,000.

Plans are also underway to bring in two 250cc two-wheelers, a 250 adventure scooter and another 250 sportbike model, as well as a 150cc scooter. However, the planned launch dates in Malaysia for these three new models have not been disclosed, with Aveta chief executive Hon See Leong saying it will likely be next year. 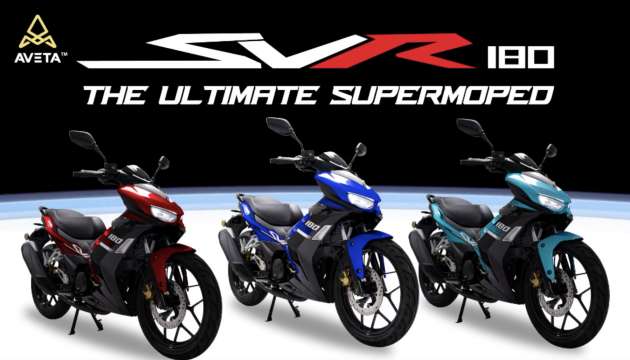 Specifications for the incoming 250cc sport bike were not available, but on the internet the equivalent of the Aveta 250 sport bike is a 249.2cc liquid-cooled single. Advertised power figures are 26bhp at 9000rpm with 21Nm of torque at 6500rpm.

Aveta Malaysia, under Aveta Global Marketing, previously introduced a range of budget markets kapchais including the Aveta VS110, Aveta V13R and Aveta SVR180 supercubs, among others. Aveta currently has over 100 dealerships nationwide, including East Malaysia, while a special channel supports spare parts and after-sales service for Aveta customers.